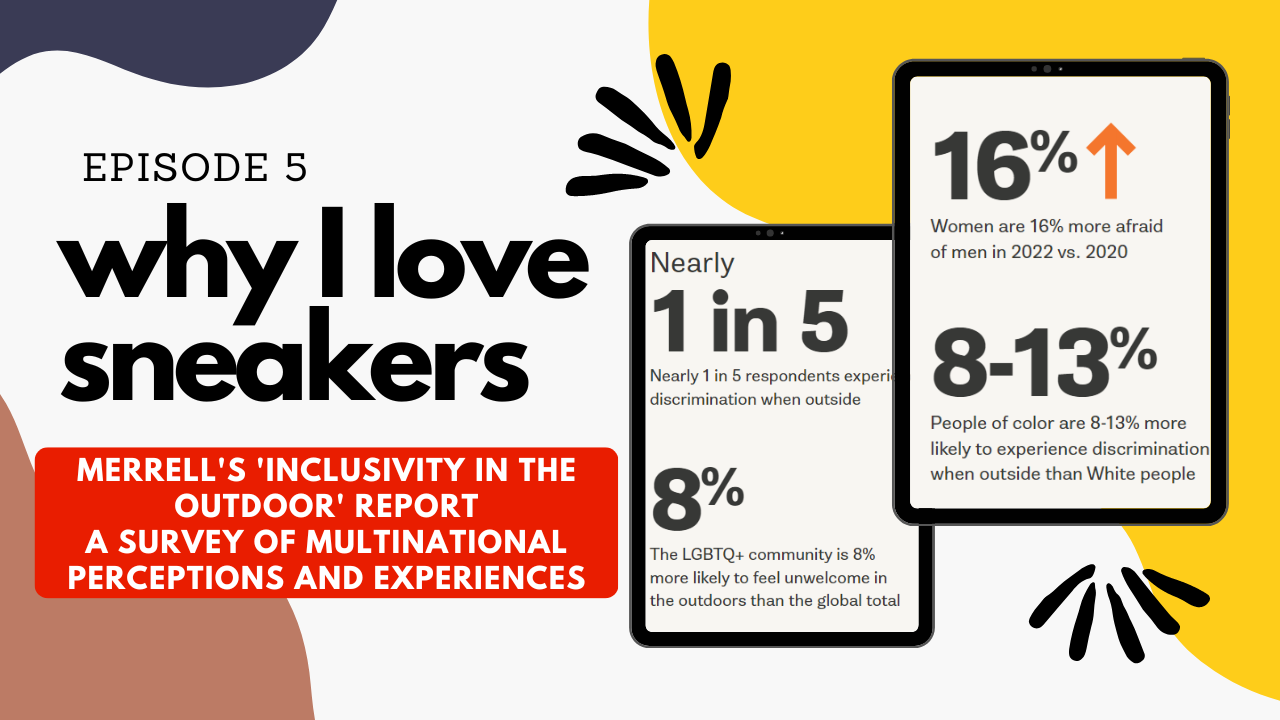 A quick search on this site for Merrell delivers an array of discussions. A few years ago, I had never heard of Merrell. Since that time, I’ve picked up over ten pair of the sneakers, boots and trail shoes, as well as apparel. As a die-hard sneaker enthusiast, my tastes have always derived from my love of sports and Hip-Hop. This has intrinsically led me to all things Nike, adidas and Jordan Brand. When I was younger my sneaker closet was a diverse mix of Le Coq Sportif, Diadora, Avia and Saucony. My high school years were dominated by adidas and my college basketball time we wore Reebok. Although Saucony is a part of the brand family with Merrell, I hadn’t heard of Merrell. 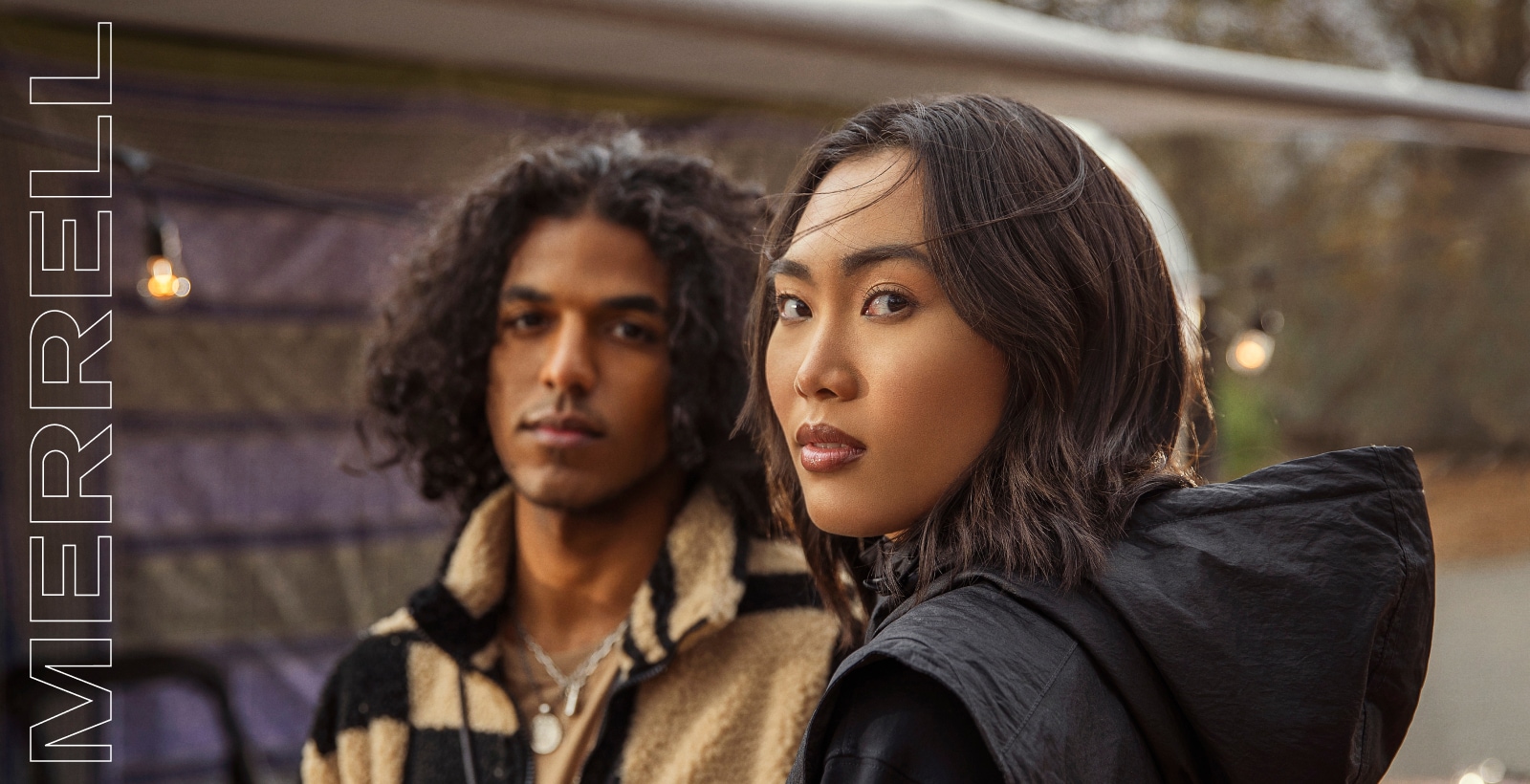 I was introduced to Merrell at a sustainability conference. As I learned about the brand’s work in developing better methods of make under the Wolverine Worldwide banner, I also began to understand the company’s impact on outdoor activities. Growing up in apartments, in the city, and in a single parent household, the chance to participate in outdoor activities wasn’t very available. My idea of outdoor sport was walking through overgrown areas behind the projects that we called the Jungle. As a kid we would traverse the paths and shortcuts to get to stores or use worn paths to head to the community center to hoop and take part in various activities. At no point in my childhood or adolescence did I spend a night under the stars camping. My first night sleeping outside happened in one of the most dangerous places in the world. I fell asleep on top of a jet I was supposed to be working on. I was on the schwarz (the top of the plane) checking voltage on a cannon plug trying to find where the short was for the wingsweep actuator on an F-14 Tomcat. I fell asleep between the tail fins which was hanging over the side of the ship on the flight deck. The stars in the middle of the Pacific Ocean were amazing. Falling asleep on a the top of a jet was insane.

It wasn’t until I lived in San Diego after the military that I experienced the outdoors. I had of course boogie boarded and attempted to surf, but I couldn’t get beyond the fact that only the horizon was in front of me in the ocean. San Diego was an outdoor paradise. I began running Cowles Mountain, which had “beware of rattlesnakes” signs all the way to the top. I hiked trails out by Julian, simply to get the apple pie afterwards. I didn’t do these things as much as I should have. I never went skiing at Big Bear, and my only trips to the desert were recruiting trips for basketball. By the time I left San Diego I used my Timberlands for more than just urban city hiking and fashion. Returning to Memphis as a family man, my appreciation of the outdoors carried over from San Diego. Our family bikes and we walk or run the trails on the Greenline. We’ve walked a fair amount of the trails in the city’s most popular outdoor destination, Shelby Farms.

At no point have I ever felt isolated or afraid in the outdoors, but I’m 6-2 and 230lbs. I’ve never been profiled in these various environments or harassed. The outdoors, when I have done activities, have always been fun, difficult, hot, sweaty, humid, but fun experiences. My experience isn’t my wife’s experience when I’m not with her, however. There are a number of trails off the beaten path around Shelby Farms in Memphis. My wife and sister-in-law have both felt threatened when going deep into the woods where there aren’t as many well-worn paths. They’ve talked about feeling like they were being stalked at one point. This is why Merrell’s decision to discuss inclusivity in the outdoors is important. Many folks experiencing these fears are often embarrassed or afraid to bring the topic up. When we do hear about the fears and issues, it’s with the countless stories of mistreatment of Black folks abroad. Which led to groups like NOMADNESS being formed. When a Black man who was birdwatching is accosted by a White woman, is the first thing to enter my mind when thinking about the outdoors, there is obviously a problem, whether I’ve experienced it or not. I’ve spoken to peers who have resorted to attending ski events only when they are hosted by Black organizers. I have younger guys around me who won’t even go bike riding because they are nervous about getting accused of something while riding.

leopard printed espadrilles saint laurent shoes Faith Briggs, sponsorship of most popular womens nike air max 1 leopard running shoes 315763 761 for sale (the first Black person to complete the triple crown of hiking) and their actions in promoting diversity when the communities they are attempting to highlight in many instances are unaware of the brand’s existence, is worthy of celebrating. This report wasn’t something the company had to take on. Why spend time creating a discussion for people who have never heard of Merrell; who have a blind loyalty to more popular sports brands? It’s because the work of building a more inclusive and understanding society, in a climate that is so divisive, is a duty. As much as we love the bigger brands, it’s what a company does in the quietest moments that represents true allyship. You can visit Merrell and download the Inclusivity in the Outdoors Report using these links: