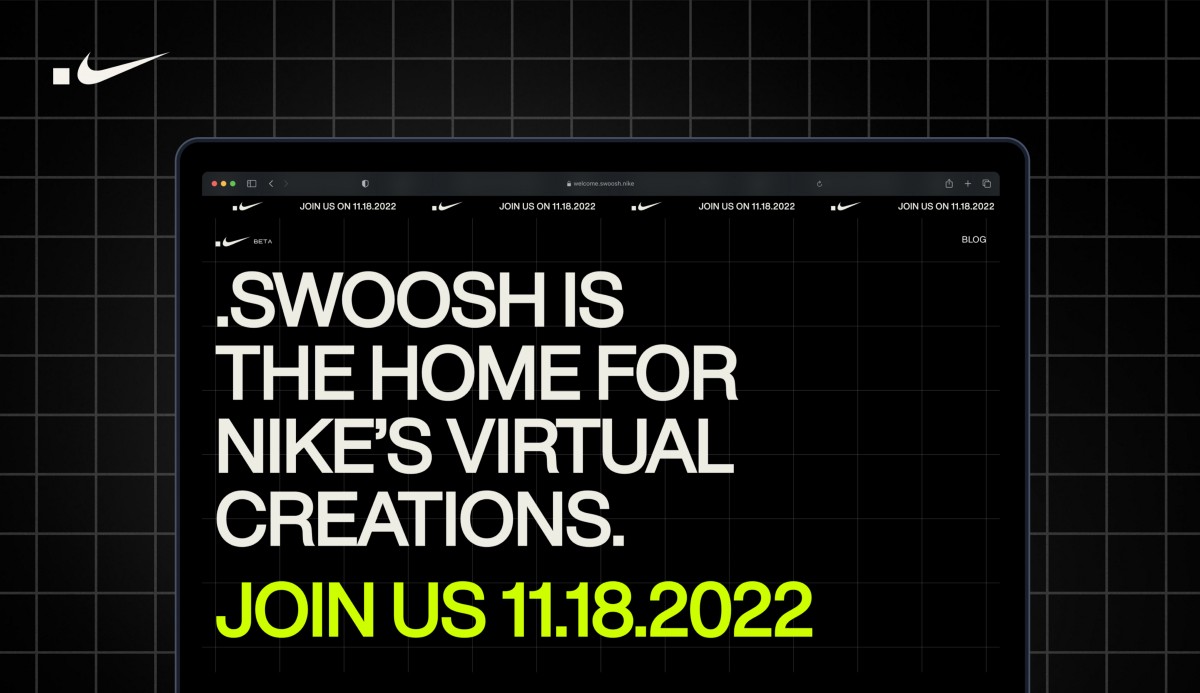 The love/hate relationship with Nike’s SNKRS app generates the type of engagement brands dream about. Fans on SNKRS miss out on products and the engagement on Sneaker social media skyrockets. Fans win kicks on the SNKRS app, and the engagement propels to an even higher level. All the while Nike doesn’t have to pay for additional marketing, but they do to ensure that the brand remains at the forefront of the mind of anyone who considers themselves a part of sneaker culture. The emotionally charged relationship between the SNKRS app and fans offers insight into the creation of .SWOOSH. When Nike landed RTFKT it was at the tail end of an explosion in trading and buying NFTs. NFT marketplaces appeared to be headed for a true merge into mainstream culture. What’s happened since Nike’s acquisition shows the speed of how popular culture even as it relates to business, shifts. While NFTs are intrinsically tied to crypto because they have to be minted and mined for ownership; NFTs unfortunately connected to the get rich quick aspect of crypto. Articles about the sale of million-dollar digital art inspired the pursuit of cash vs culture in the space which inevitably led to oversaturation. When growth happens quickly, early adopters win, and then larger personalities and brands are typically the only ones to benefit. Smaller players get pushed to the fringes. 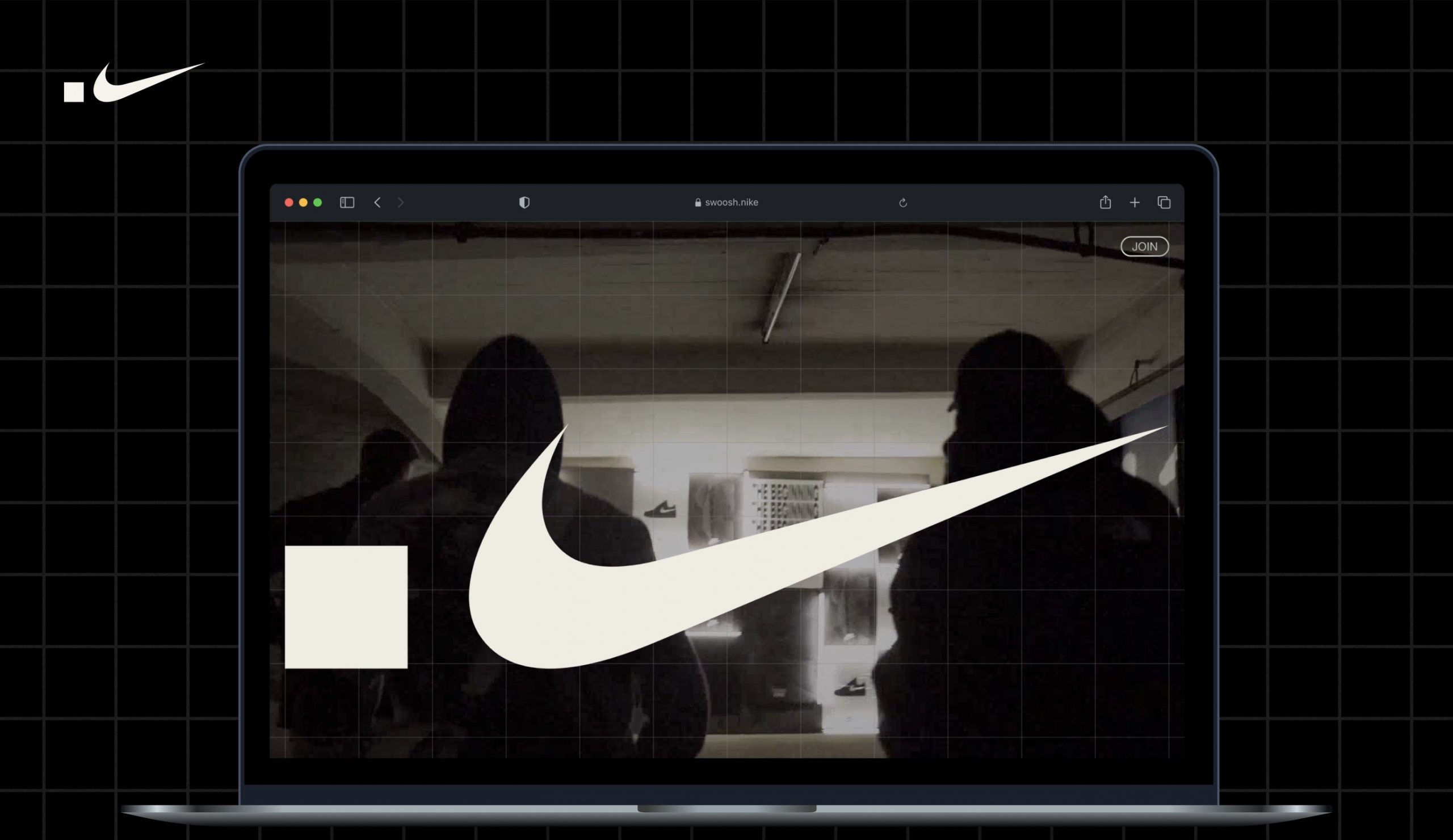 When Nike acquired RTFKT, RTFKT was capable of generating 3 million in sales in 6 minutes at its peak. The engagement was off the charts. RTFKT was also producing a physical product which looked a lot like an Air Force 1, so I initially assumed Nike would target the company based on trademark infringement, but what I failed to consider was that the law as it relates to Web3 and digital art trademark and copyrights is still murky and unclear; it’s too new. Instead of a Nike lawsuit, at the end of 2021 a Nike offer arrived.

Not less than a year later, RTKFT has seen a considerable decline in trade action on various NFT marketplaces. Why this has happened can be tied to a number of things. The recent crash and burn of FTX, the bitcoin trade platform, has led to a decreased interest in cryptocurrency. It’s reasonable to assume NFTs, which in most instances require ETH and should not be associated with the decline in bitcoin, are suffering. The slowdown also began as the extra dollars from government stimulus evaporated and price increases from gas to groceries tightened the pockets on discretionary spending. There was always an element of a danger because of the excitement with Web3.  NFTs entered “pump and dump” territory because of this excitement. When there is a spike in interest around any asset, someone is always left holding the expensive bag once new visitors to that universe decline.

How Did the Slowdown Lead to .SWOOSH?

Website traffic on two of the most notable NFT marketplaces has slowed considerably. Opensea remains dominant, but Niftygateway is now under 350,000 visitors per month. At its height, the site was selling over 119 million dollars in NFTs during 2021. Sales are now right at 9 million a month according to Statista. One of the most difficult aspects of bringing new users into a digital ecosystem is education. Early adopters are often beneficiaries of new markets and those who arrive at the tail end are often caught holding the $5,000 jpg; this happens because there is a flow of concise information around the how and why of what is taking place. It’s like the GameStop stock rally that shook Wall Street and hedge fund managers to their core. By the time the last people came on board to take advantage of what became a pump and dump, those last people to the surf were simply trying to catch the wave which was nearing the shore. Nike can see the writing on the NFT wall. It’s clear in the data.  A Nike x RTFKT Monolith collection currently on Opensea was at 1,438 ETH on April 22nd, 2022, and it sold 287 times. That’s $1,742,568.40 x 287. On November 15th, 2022, that same Monolith collection is trading at 1.443 ETH with only 6 sales. That’s $1,748.70 x 6 sales. That’s a long way from earlier this year and has to be a troubling indicator depending on how much the acquisition of RTFKT was for Nike:

In another graph on Niftygateway, the Cryptokick Dunk shows an incredibly steep drop from over $8,000 to $773 dollars. In the documentary nike air presto essential wolf grey paint benjamin, the GameStop rally is given context and clarity. That situation demanded a discussion because of how the RobinHood app limited trades as the everyday person was able to take part in the world of the stock market. In the documentary we learned the company backing the trades on RobinHood was also invested in the hedge fund that shorted GameStop. The Reddit thread which led to everyday investors driving up the value of GameStop, leading to billions of dollars being lost buy the hedge fund, quickly turned as new sellers realized the GameStop stock was crashing. While GameStop is a real business, the moment which created Eat the Rich is very similar to how risky markets operate. NFTS became a part of the speculative market and although in the following graph over 6000 people own the Dunk Genesis Cryptokick this chart shows the insane drop from the original purchase at eight grand.

.SWOOSH is Course Correcting via Community

Nike’s launch of .SWOOSH will be a mirror image of SNKRS. Nike will educate fans on all aspects of Web3 by hosting shows and explaining what a digital wallet is. They will talk about Proof of Stake vs Proof of Work in mining ETH. Nike is going to create an internal Discord capturing users within their digital eco-footprint. While RTFKT has long required a marketplace, Nike could potentially move towards accepting ETH on its own platform. .SWOOSH is an extremely important moment and reducing it to a discussion on the platform simply being a virtual showroom undersells Nike’s potential. I recently shared a discussion on ENDSTATE. I bring this up because Nike has been losing a lot of people from their tech teams. ENDSTATE has done an incredible job of navigating and creating footwear for Web3. It may not be so farfetched to predict that Nike might make another acquisition and if that happens, things get really exciting:

ENDSTATE Prepares for Drop 2: Statecraft Luxury Sneaker | Why this Sneaker Release Could Change Everything

Please note, JmksportStore-USA utilizes affiliate ads from eBay, Amazon and other services. The site also uses Google AdSense. If you click on and buy any product listed in posts, or on pages, JmksportStore-USA receives a commission. This however, does not love my review of the products or articles. All reviews and commentary are based on my honest objective observations, research and data.