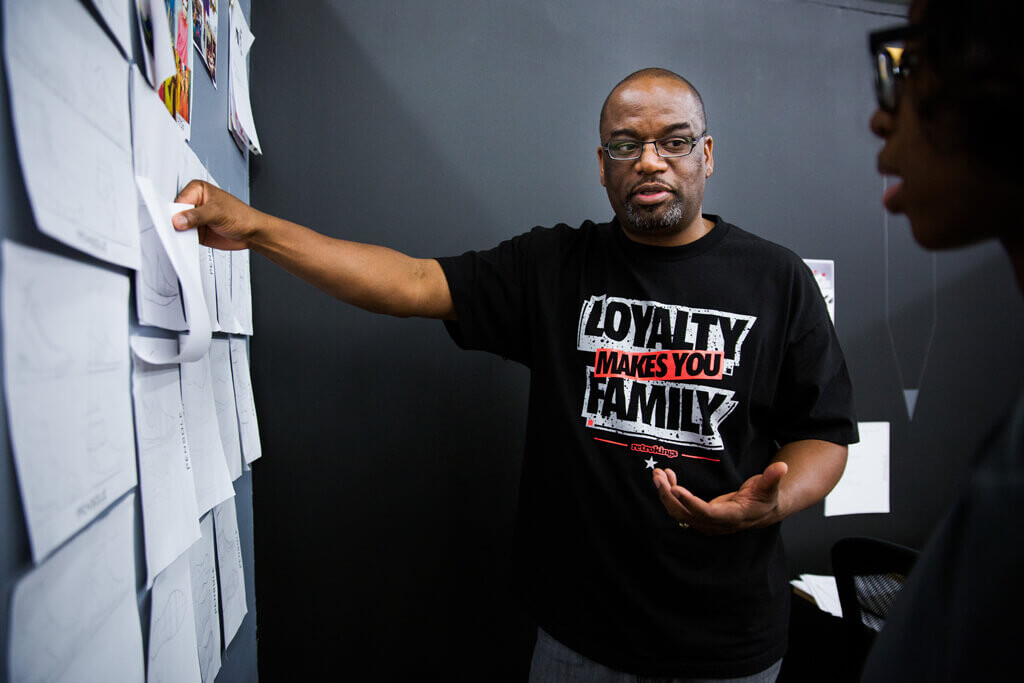 The New York City-based athletic footwear and apparel retailer on Thursday announced a $2 million investment in Pensole Footwear Design Academy, the Portland-based school that Edwards started in 2010 to teach the next generation of designers. The investment is the biggest sign yet that Pensole has emerged as a critical part of the athletic footwear industry. It’s already placed 400 graduates in jobs in the industry.

I’m in the process of writing a book that’s tentatively titled How Nike’s CDO Shifted the Sneaker Retail Landscape. In one chapter of the book I discuss the importance of private label and Amazon. I take the time to explain why Amazon Private Label and Nike’s CDO could completely disrupt the footwear and apparel market placing retailers in a position they’ve never faced before. Traditionally retailers had to worry about other retailers. In today’s marketplace retailers have to worry about other retailers both in brick and mortar and online. They also have to face pressure from the brand attempting to go direct to consumer. The book introduces for the first time stats from a third party marketplace that shows how e-commerce platforms also have the potential for added disruption. This post isn’t about the book, but I’m writing this because the book was derived from an ebook I recently posted that was purchased by a number of people. In that book I established that private label offers a solution for the impending battle between retailers and brands. Less than two weeks ago Foot Locker dropped a bomb on the industry by investing in Super Heroic:

Today Matt Kish of the Portland Business Journal broke the news that Foot Locker has also invested into Pensole, the footwear design academy founded by D’Wayne Edwards. Foot Locker is making some of the smartest investments in sneaker footwear outside of acquisitions Nike has been making behind closed doors. While brands like Under Armour have been diving into the digital space by acquiring fitness apps to build a fitness eco system, other companies haven’t been as active. Nike has made investments into tech in different ways with Grabbit and Invertex:

If I had to rank the investments in the sneaker community, this includes the millions that have flowed into the third party e-commerce platforms like StockX and GOAT, I would have to state that Foot Locker basically stole the best investment in footwear. While the details of how the investment into Pensole are only surface, what it does is make Foot Locker the most powerful company in footwear behind Nike. I’m almost done writing my book, but I may have to go back and add a new chapter because the investment by Foot Locker today changes everything.

I really want to write a lot more, but between shipping and working on the book I have to cut this off and shout “CONGRATULATIONS” to Pensole and I have to send Kudos to Foot Locker. I don’t even think Foot Locker understands what it just did. Amazing.