The legend of Nike: Jordan at JmksportShops

One man, one shoe, one brand. With the brand around the basketball player Michael "Air" Jordan has Nike has probably landed the biggest coup in sneaker history. Although "His Airness" has ended his career on the basketball floor for quite some time, the hype around the Jordans is unbroken. At JmksportShops you will not only find the latest releases, streetwear collections and accessories with the Jumpman, but you will also always be up to date with the latest raffles around the legendary shoe.


The Nike Air Jordan I: Cornerstone of an Empire

When Michael Jordan was drafted into the NBA by the Chicago Bulls in 1984, no one had any idea how big the hype around the basketball player would become. Because in his rookie season, the major brands were interested in his adidas and Converse hardly interested in the young player, who was known early on for his enormous jumping power.
After lengthy negotiations, Jordan finally signed a contract with Nike, a rather insignificant sporting goods manufacturer at the time. But because he didn't like the brand's previous shoes, the self-confident player made an important demand: his own sneaker model with thinner soles for more ground contact - the birth of the Nike Air Jordan I.

It's all about the Hype: From Scandal to Legend

With its first appearance, the Air Jordan I caused a sensation. The reason was not the catchy silhouette, but the colorwork: All in *Bred*, i.e. black and red, the basketball shoe was based on the colors of the Chicago Bulls - and with this style, also known as *Banned*, it directly violated the equipment all of the NBA.
Legend has it that Michael Jordan, who continued to wear his shoe despite multiple reprimands, was fined $5,000 per game. Even though sneakerheads today argue about the veracity of this story: The scandal catapulted the Air Jordan I, and by extension the Nike brand, straight into the sneaker Olympus.

When the Air Jordan I was released in 1985 in several colorways, it was sold out immediately after the launch. To this day, this OG is a Grail for many sneaker fans - even though the restock was so large that some of the Jordans, which originally cost over $100, went for a mere $20.
But it was precisely this affordability that made the shoe with the legendary silhouette a bestrunner not only on the basketball court, but also on the street. And the retros of the Air Jordan I High from 1994 and 2001 (now with a special leather upper) disappeared just as quickly on the shelves of sneakerheads as the closer collaborations and limited editions. 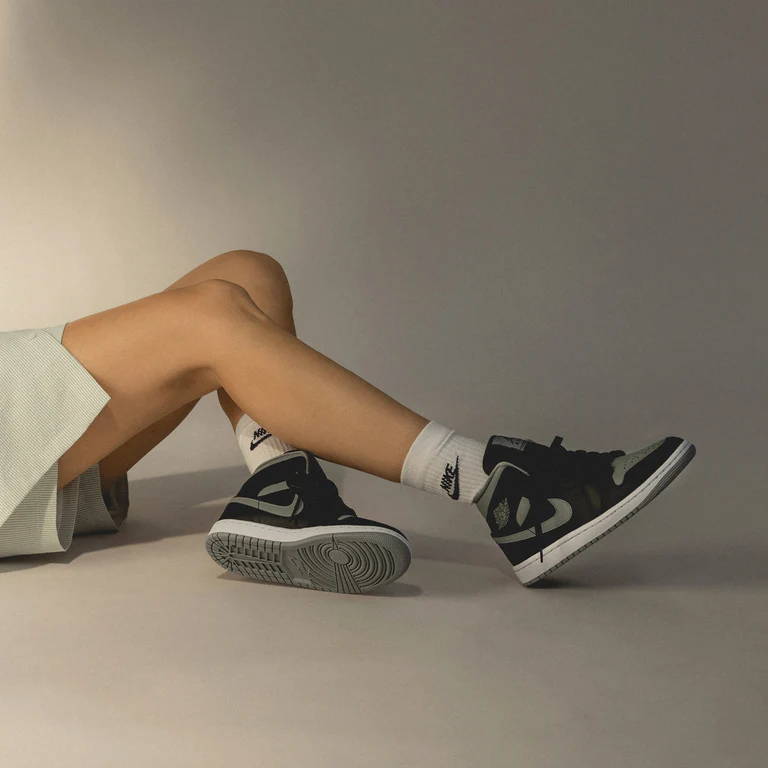 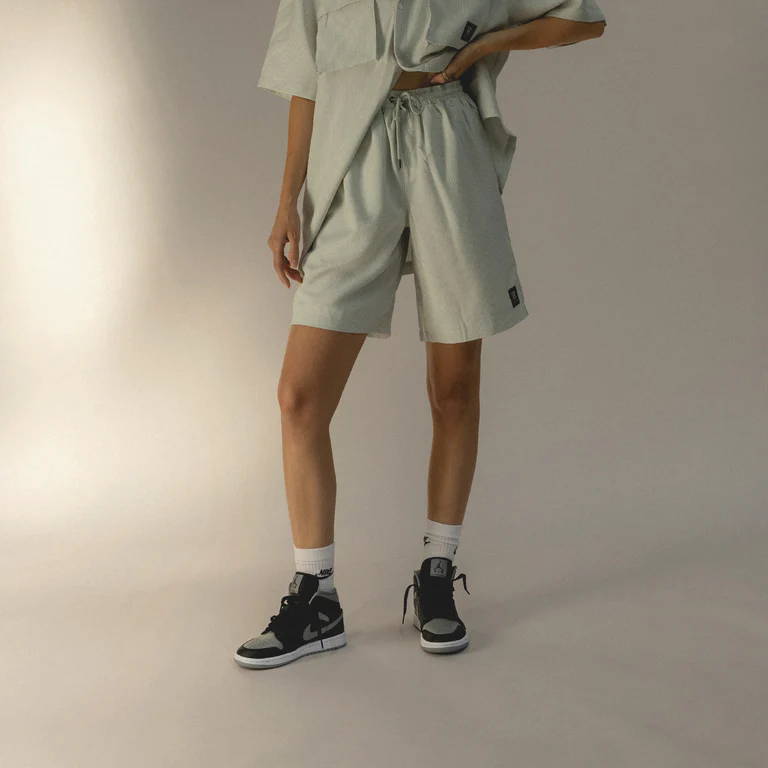 The evolution of the Air Jordan brand

With the success of the first Jordan model, Nike finally established itself as a brand on the sports market - and followed up directly in 1986 with the Air Jordan II. The player behind the Jordans also had a more than stellar career in the years to come. With the Chicago Bulls, he won the title a total of six times in eight seasons - and thus made basketball one of the most popular sports of the 90s.


Air Jordan: Every model an icon

Jordan remained loyal to his contract with Nike until the end of his career in 1998, pushing his own brand under the umbrella of the sporting goods giant: 14 Air Jordan models as well as a whole range of streetwear and merchandise items earned several million dollars during this period - aside from his success on the basketball court.
In addition to Ambassador MJ, designer Tinker Hatfield, who was responsible for all Player Exclusives and General Releases from 1988 modest, also left his mark on the history of the Air Jordan Iconic silhouettes such as the Air Jordan V with clear outsole and Lacelocks or the Air Jordan X, which featured a Phylon midsole for the first time, came from his pen.

Although the rise of Nike is closely linked to the Jordan Brand, the so-called "swoosh" - the company's hook-shaped logo - makes a very low-key appearance on Jordan sneakers and streetwear collections. Instead, Michael Jordan's shoes have carried their own mark since the very first pair. Initially, the logo known as "Jordan Wings" was used. It shows the name of the brand, framed by two outward-pointing wings.
But it was not until the Air Jordan III that the brand received its final identifying mark: designer Tinker Hatfield gave the shoe the silhouette of Micheal Jordan dunking - and thus created the "Jumpman. To this day, Nike uses the logo for its Jordan subsidiary and even largely dispenses with its world-famous Swoosh. 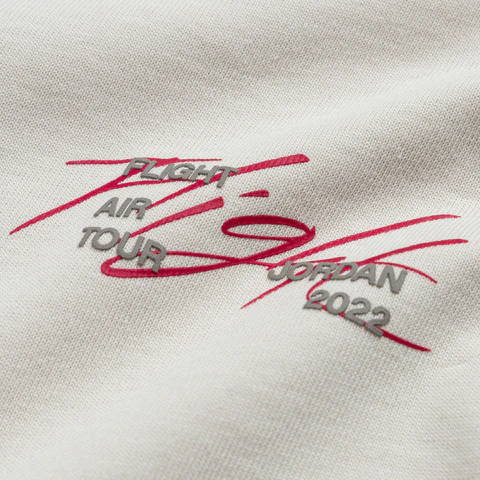 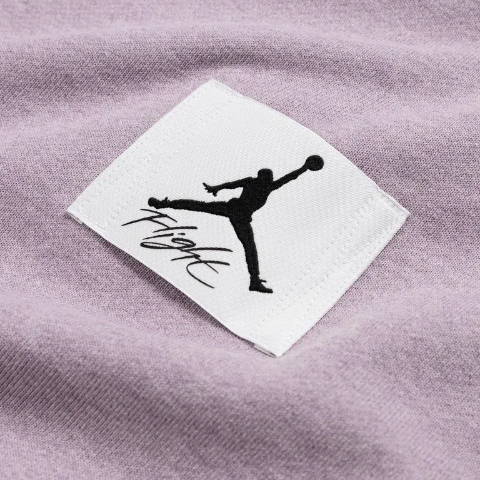 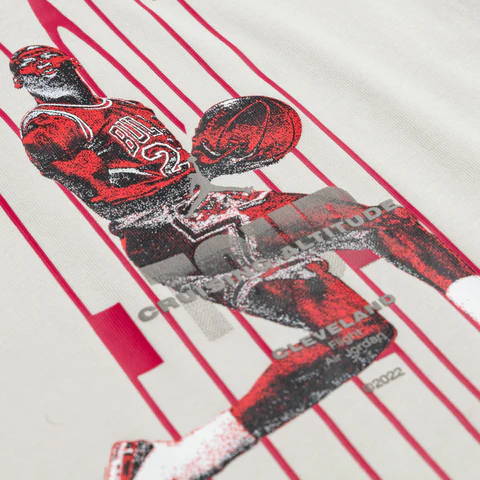 Even though the GOAT Michael Jordan ended his career in the NBA a long time ago - the magic of the shoe continues to work: with exciting color variations and silhouettes, the Air Jordan surprises the sneaker world again and again and has thus built up a stable fan base.
Its followers include not only die-hard sneakerheads, but also numerous VIPs. With collaborations and especially rare LEs, stars like Eminem, Pharrell Williams or Justin Timberlake regularly create new hypes - which, because of the strictly limited number of pieces, appear almost exclusively in Raffle Release.
Thanks to this ambassador strategy, Nike constantly delivers new collector's items with the Air Jordans, which break all records especially as deadstock on the reseller market. For years, the Solid Gold OVO x Air Jordan has been the absolute front-runner: with its coating of 24-carat gold, the shoe does lose some of its lightness and comfort - but with an estimated value of 2 million dollars, this is certainly bearable. 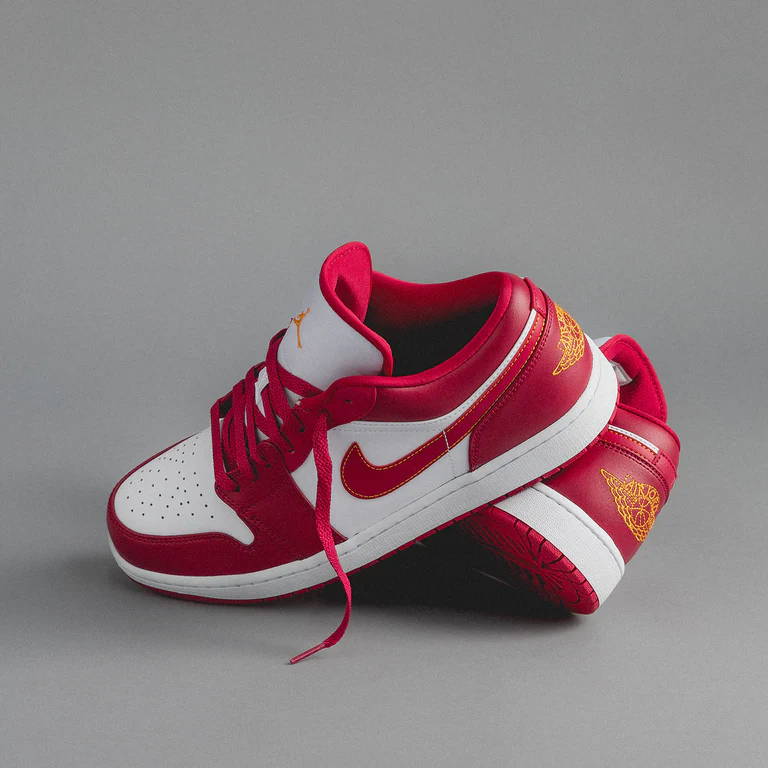 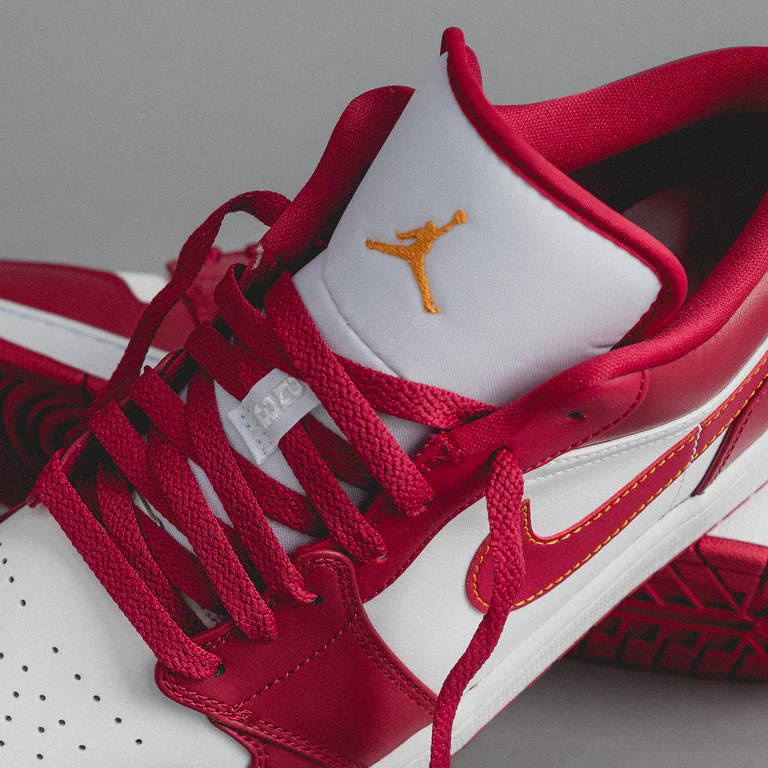