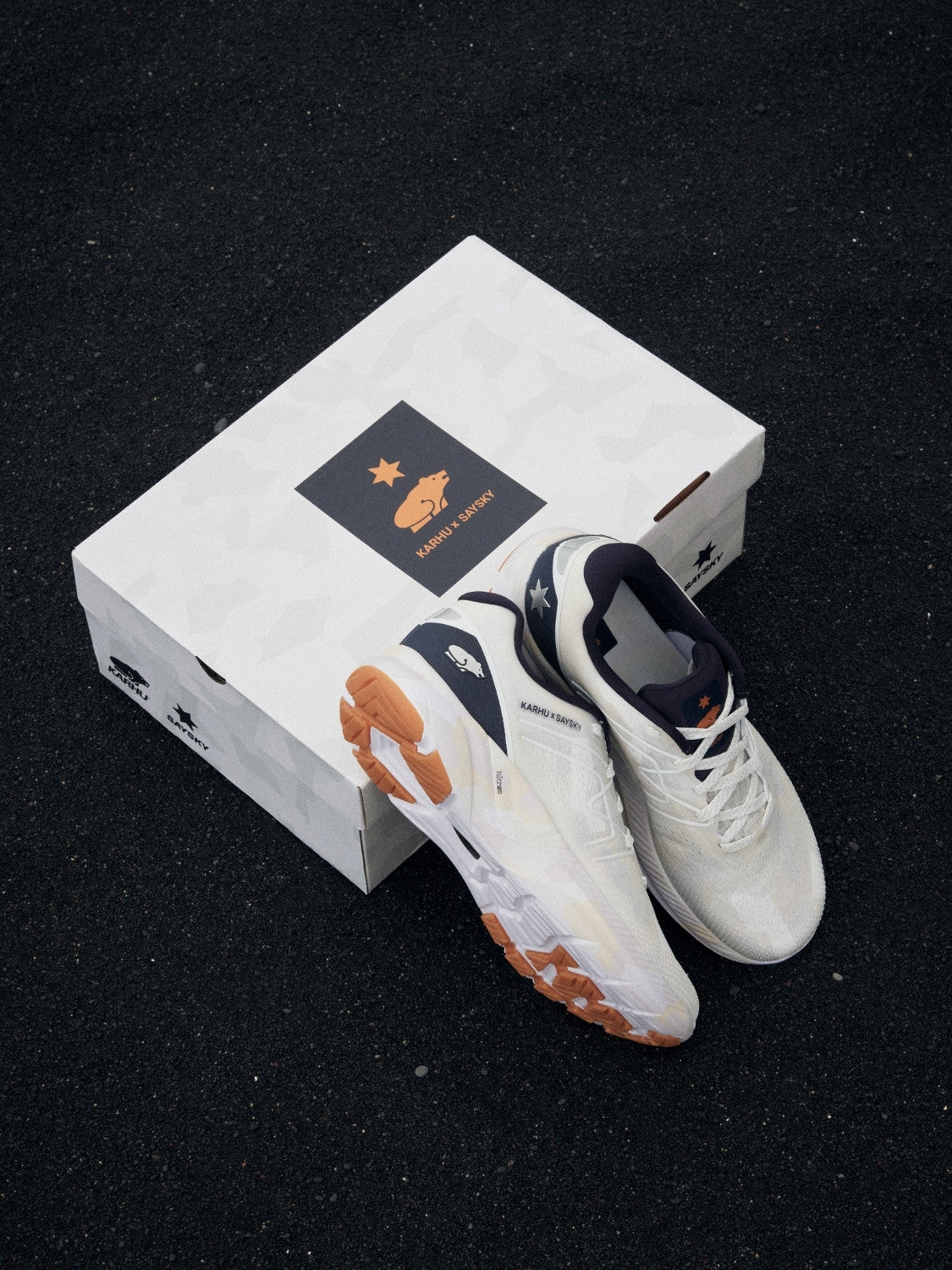 KARHU x SAYSKY is a Nordic collaboration and celebration of the past, present, and future. Look out for the bear and magic star. Coming together as a Nordic beacon. Guiding you home. Source: KARHU x SAYSKY: A NORDIC RUNNING COLLABORATION SAYSKY | High Performance Running Wear | Official Website Karhu is primarily considered a lifestyle … Read more 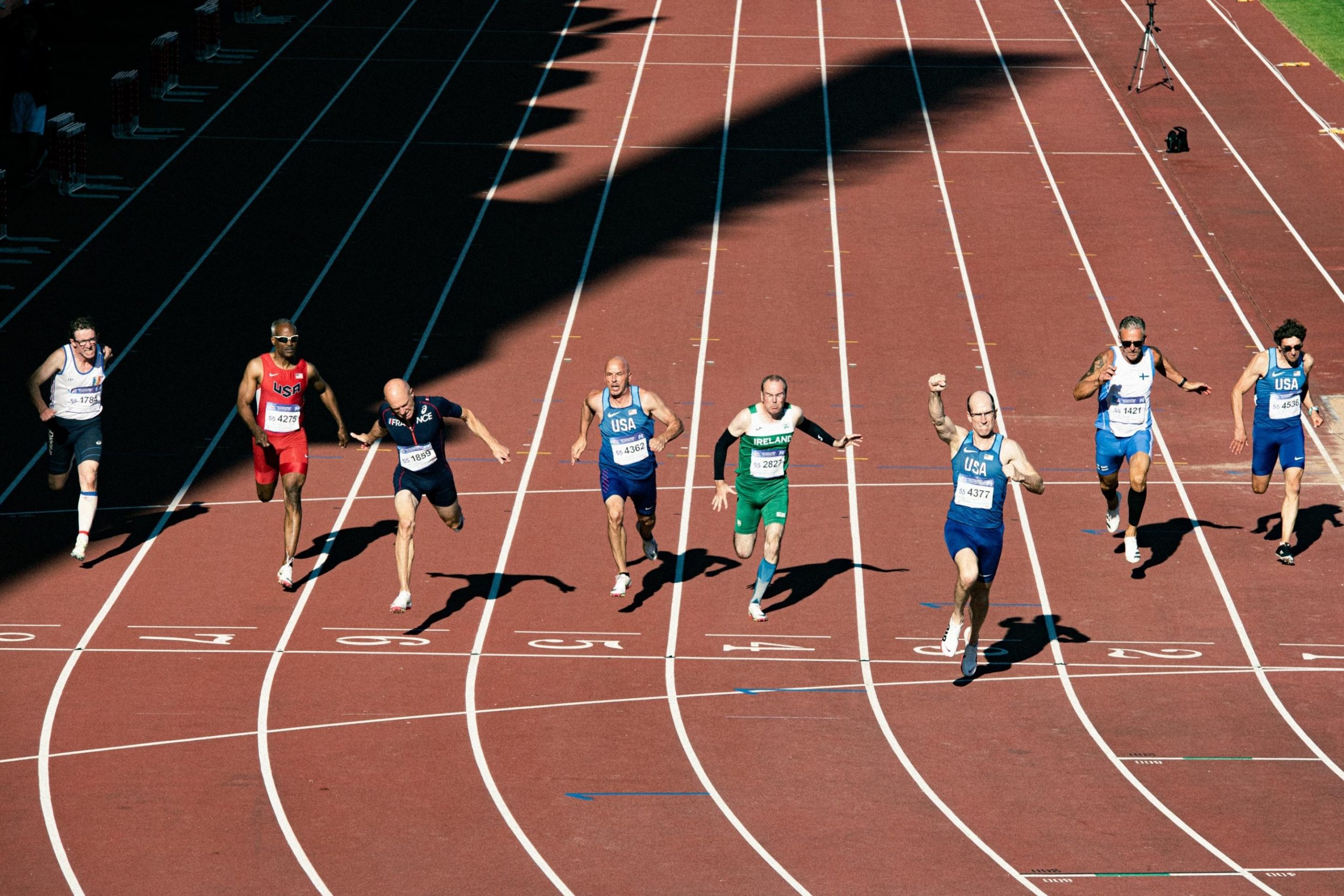 World Masters Athletics 2022 in Tampere, KARHU partnered with ATHLETA magazine to capture the exploits and stories from the participants. Portraying the spirit of the championships is a true example of ‘Every Runner’s Rights’. Source: top ranking lists Finland BARRY FERGUSON – UK Barry Ferguson is an 80-year-old British sprinter and hurdler. Born … Read more

This March, KARHU puts the spotlight on our mascot—the legendary Finnish Sportsbear, with the introduction of the Mascot Pack. This carefully curated collection is a celebration of KARHU’s very own bear, the symbol that adorns each of our shoes and by which we are known in the world of sport and fashion. Source: THE MASCOT … Read more

The KARHU x Moomin collaborations celebrate these cherished Finnish originals by drawing inspiration from the characters, colours, and fonts of Moominvalley. Look closely at the collection and you will see the iconic figure of Moomintroll. Created by author/ illustrator Tove Jansson in 1945. Source: SET SAIL WITH KARHU X MOOMIN In the seventy-plus years since … Read more

It’s getting colder, but you still don’t want to break out the Timbs just yet. You want a sneaker that can survive the cold weather, but isn’t just another plain white pair of tennis shoes. Maybe you’re married, or maybe this is your first date. You want your partner to check you out from head … Read more

The company “believes this strategic decision will enable it to better serve its consumers in a post-COVID marketplace.” Source: Foot Locker Plans to Close Majority of Its Footaction Stores In my recent report, I wrote these paragraphs: If this Champs Wall is an Indication of Foot Locker’s Upcoming Q1 2021 Earnings … In a recent … Read more

In the 1920s, Finland’s Karhu became an official equipment provider to all Olympic Games. We uncovered a 1939 catalogue photo of an actual Karhu Olympic installation, which featured athletic equipment, such as javelins and discuses, used during the decathlon. Historically named the “All-Around” Source: ALL-AROUND As the Olympics draw closer after its hiatus in 2020, … Read more

7 Days No Nike is not a shot at the Swoosh. After Nike’s latest quarterly report it’s clear the company has command of the entire sneaker industry. What is also evident is the brand is intent on dominating the news cycle on sneaker sites via the constant stream of releases. 7 Days No Nike is my decision to … Read more

Source: Karhu “Porvoo” Pack | Hanon Photo credit: Photos by Berlin based sneaker blogger and photographer @Runnerwally. I have yet to visit Europe although I’ve visited Asia and Australia, my travels haven’t taken me to places like Finland. The Porvoo Pack on the Hanon website may be one of the cleanest sneaker drops in the last … Read more