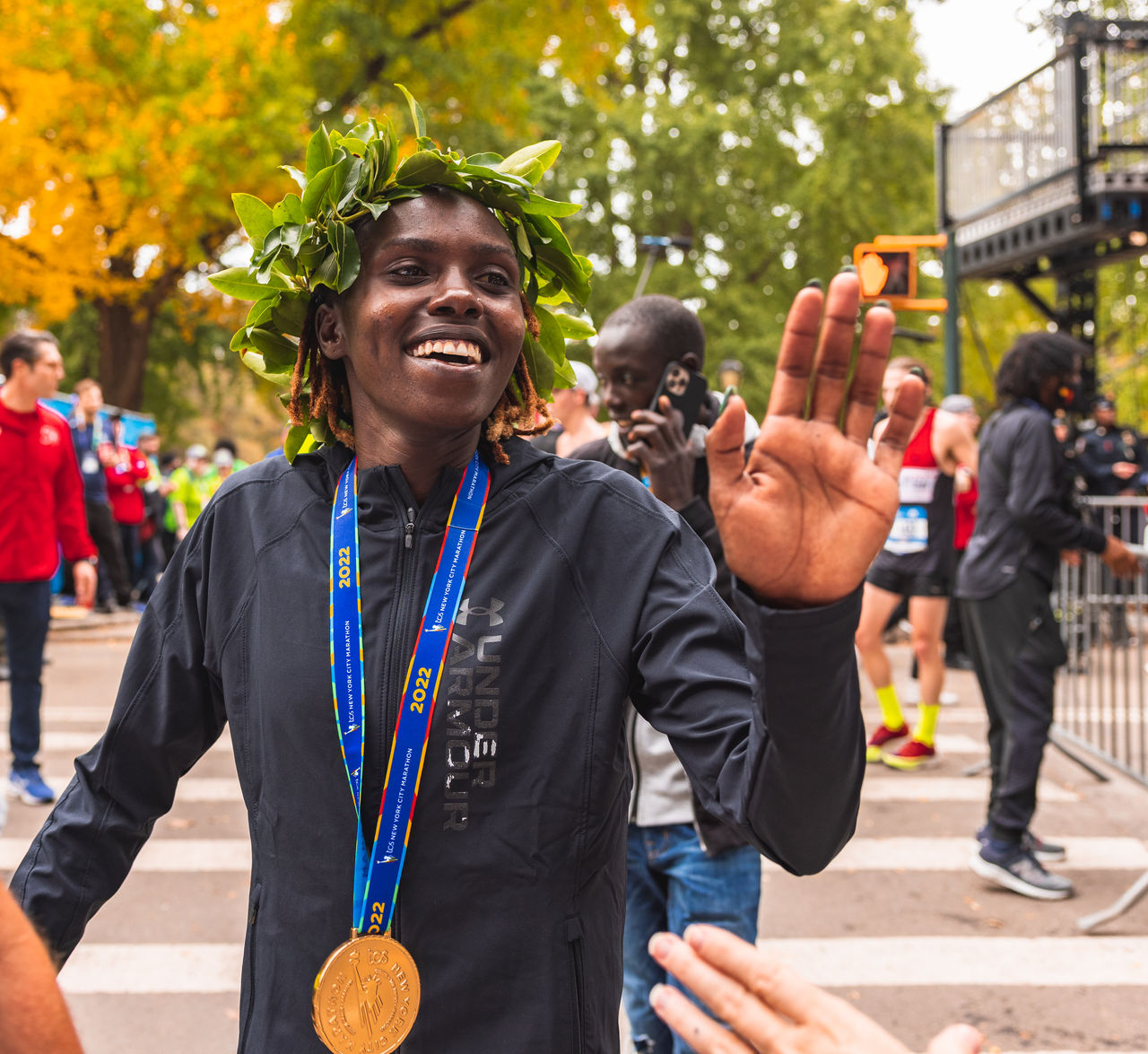 When Under Armour took over the UCLA athletics sponsorship, track and field athletes for the Bruins complained about the gear they had to use. The problem was so extensive, the athletes were allowed to run in the footwear that felt comfortable for them. The track and field aspect of Under Armour hung on Natasha Hastings who, like Allyson Felix, took time off to have a child, but unlike Felix, her sponsor in Under Armour supported her every step. The brand underutilized that moment and like many brands, Under Armour didn’t exactly understand how to highlight a sprinter. With UCLA athletes complaining about the poor quality of Under Armour track and field gear and Hastings not being promoted the way she could have been, UA Track and Field didn’t have a real chance of gaining traction in running. Hastings has retired, but in 2020 UA recognized it needed to offset the considerable growth of Hoka, On Running and Brooks and they launched Dark Sky Distance. 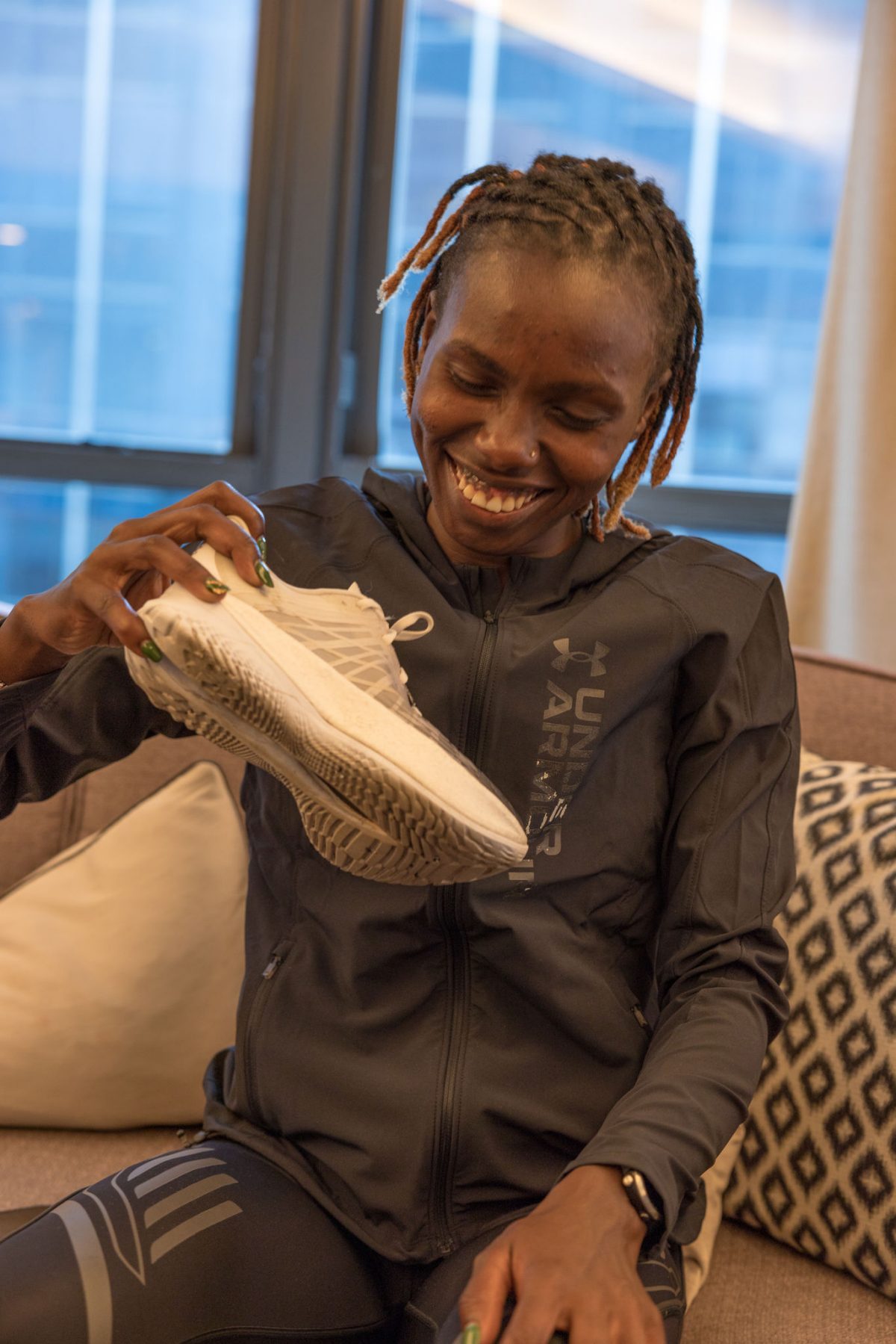 Every brand has a roster of elite runners in distance who train under the banner of a team. Those teams are the performance aspect of research and development for the footwear that becomes utilized by the everyday athlete, or as Under Armour calls them, the Focused Performer. I wrote this about Under Armour’s founding of Dark Sky Distance: Yesterday, 9-9-20, UA announced the formation of the Dark Sky Distance team. This immediately reminded me of Athletic’s West. It also reminded me of the work Saucony and Brooks has done with their professional running teams. While I can make a comparison to Nike, it’s the two other brands that you should focus on. Saucony and Brooks dominate running. They do an amazing of job of supporting the running community. In return the community, specialty shops, have made both of these running companies successful. UA has been losing shelf space in stores like Dick’s and in stores like Foot Locker. They have never had shelf space in specialty running shops. This niche market has room. It’s the one space where Nike doesn’t dominate.

There are moments that become explosive for brands. No one would have considered Skechers a serious running company. As a matter of fact the company was sued over their butt sculpting sneakers worn by several prominent entertainers. Skechers wasn’t taken very seriously, until they took performance seriously. Meb Keflezighi changed the trajectory of Skechers’ business, and the company took off like a rocket from 2011 to 2016 when he extended his time with the brand. Skechers became a viable option for runners with the GOMEB series of running shoes.

Under Armour has always been a company devoid of athletic moments. Which isn’t quite true, Under Armour has always been a brand that failed to maximize athletic moments. Sharon’s win at the NYC Marathon is a momentum building moment for the brand. Winning in the brand’s first supershoe gives UA a defining moment showing that they are capable of building the footwear everyday athletes can use and purchase at specialty running and at stores like Dick’s. The Velocity Lokedi should become a promotional concept. UA needs a comp to place against the recent success in running that has grown On, HOKA and Brooks. Lokedi just delivered Under Armour their Meb Moment, the question is does anybody know? Is there a campaign in process to connect with young athletes and casual runners? That is to be seen and it could define how successful the brand will be in capitalizing on a win in the most notable distance event in the biz.