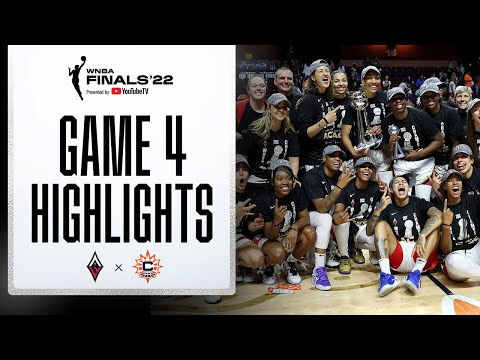 A defensive, throwback championship closeout game that saw only one player score 20 points or more in the game, placed a cap on one of the best seasons in the history of the WNBA. Chelsea Gray dropped 20 pts and 6 assists, but A’ja delivered a double up with a massive 14 rebounds, 2 steals and 2 blocked shots. The 12 points Wilson dropped paled when compared to the defensive showcase that helped to slow down the Sun who got an amazing triple double from Alyssa Thomas. 10 rebounds, 11 assists and 11 points weren’t enough to prevent the Aces from nabbing the first championship for the city of Las Vegas. Chelsea Gray was graceful and emotional in accepting her MVP trophy for an Aces team that dominated the season pulling in all of the superlatives.

While many will make this about Becky Hammon winning a championship and why she should be the first woman coach in the NBA, Coach should stay put. Great coaches, talent across the board and some adjustments and better strategy from the compact could elevate the game a lot more.