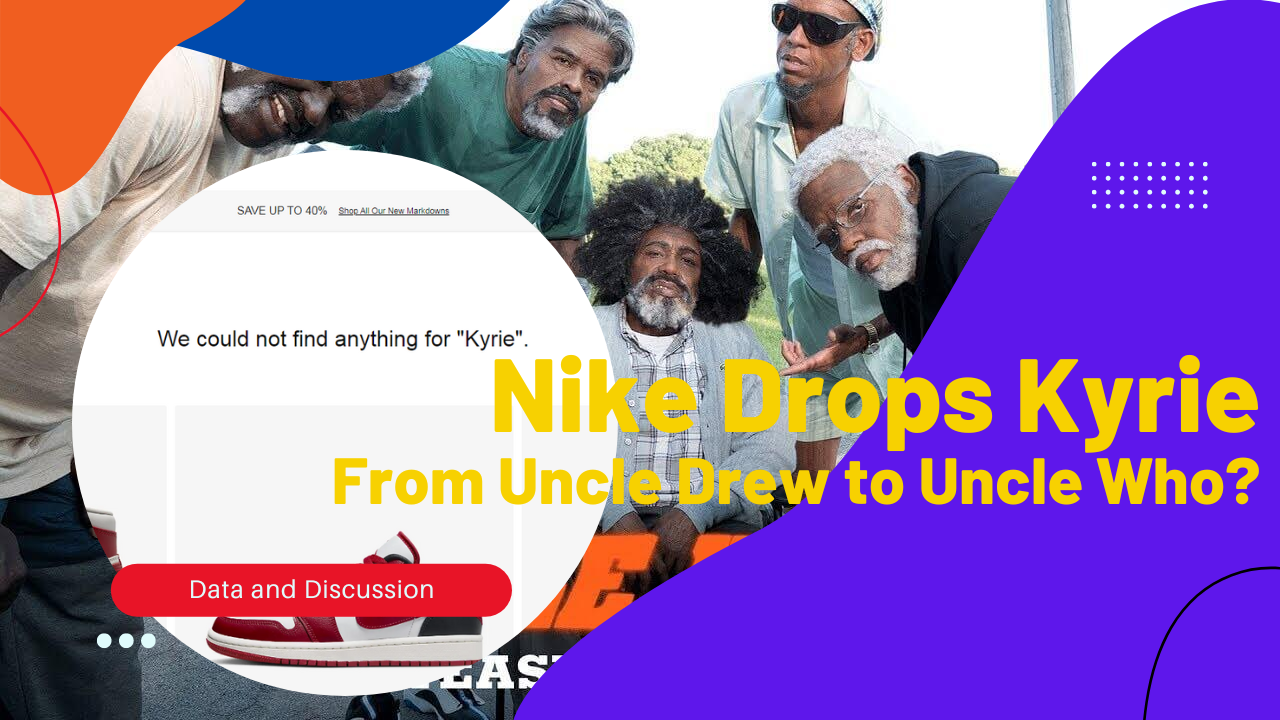 Share this...
In 2018 Kyrie’s sneaker sales were declining. The Kyrie 1-3 were the best-selling Nike Basketball signature sneakers. Those models showed up in NPD data for top 10 sneakers sold, establishing Kyrie as a mainstream, general release success for the Swoosh. Even in my own data Kyrie’s sneakers from 1-3 garnered considerable above retail sales in both men’s and GS sizing. Kyrie was a pitchman for Pepsi, which moved a commercial concept to a Hollywood film in Uncle Drew, and LeBron returned and helped Kyrie to capture his one and only NBA championship. Then Kyrie became disgruntled and wanted out of Cleveland. By 2018 he needed a serious image makeover and Nike took on the challenge delivering one of the best, most humanizing commercial spots they could for Kyrie: 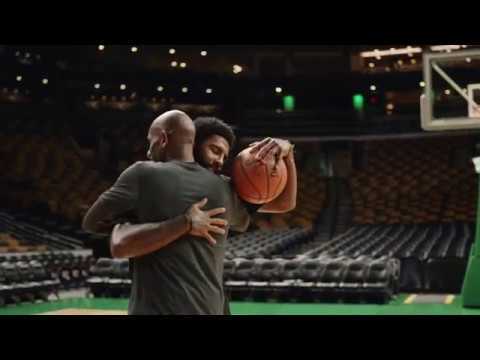 In the #11 spot hoops fans got to see something that’s rare in basketball, a father and son moment. I called it the anti-He Got Game. The scene from Spike Lee’s movie when Denzel was completely destroyed by Jesus on the court was symbolic of relationships between Black fathers and sons, especially those of us who grew up without dads. Nike humanized Kyrie, but unfortunately Kyrie couldn’t get out of his own way. He mistreated his teammates in Boston and then lied to the Celtic fans before leaving for Brooklyn. Kyrie’s issues only increased once he arrived in Brooklyn. Nike is a company founded by an athlete and his coach. Nike’s principles are rooted in a sports foundation that relied heavily on trusting your team leader. There is a reason Phil Knight went to Bill Bowerman. That’s the DNA of Nike. Kyrie said he didn’t need a coach and followed that statement up by calling private meetings to prevent athletes from playing in the bubble. He missed more games than he played, which didn’t help his sneaker sales, had an anti-vax status, flying in the face of other Nike athletes who got vaccinated and competed at a time when people were losing their lives and jobs. Kyrie, since 2018, hasn’t been a team player and any sneaker that wasn’t given a limited concept release was deeply discounted. Factor in the rise of Ja Morant, who has been trouble free thus far, and Kyrie became a liability. Nike was on the way to ending the relationship and understandably so… for basketball reasons Nike had an easy opportunity end the relationship to focus on the next generation in Morant. Kyrie’s recent actions gave them an early out, but to be honest, looking at the last year was reason enough.

Nike dropped two styles for Kyrie: Kyrie 5 Low and the Kyrie Infinity, which was really the 8; see the infinity symbol as an 8 shape, but Nike was possibly considering an end to the line and chose Infinity since this matched with the symbols Kyrie has utilized on his sneakers in the past. These two styles performed horribly at retail. A look across the data for almost every color produces similar results. I took on the following two general release sneakers that arrived to the market in considerable numbers and at almost all of the wholesale accounts for Nike:

Using third party resale data, even when the shoes were marked down sellers really didn’t take an interest in attempting resale. Most of the Kyrie models have been marked down as low as 59.99 and many of the models were RTV’d back to Nike or sold directly in Nike Factory, Clearance and Employee Stores and even in those doors, no one took a chance on the models which retail at 120.00 and 130.00. Take note of the number of the low sold under the style code on eBay. While the price is above retail only 16 pair sold. At this moment, not a single pair of the shoes are listed under this style code on eBay. StockX more accurately reflects the reality of this model as the average sold price is at 90 on 136 pair. On the Infinity Bred the numbers are both way below retail on sneakers picked up at a discounted price. The data is a far cry from the information I recently reported on Yeezy:

I intentionally wrote this post without referencing any of the public outcry over Kyrie’s statements. My intent was to create a discussion on what has happened since the #11 ad Nike created for Kyrie in 2018. Nike was trending down on Kyrie and his injuries and behavior offered more than enough evidence for why Nike should part ways with the talented player. This recent aspect only solidified a decision already in progress. It also laid the groundwork for the athletes who work with Nike. You can kneel and we will stand with you. You can fight for equality, and we will stand with you, but don’t ever take the entire focus away from the game. Kyrie became a distraction while losing. This expedited his fate. In 3.5 years in Brooklyn, Nike never got an opportunity to do a cross promotion of two of their best signature athletes in a major market. That’s wild when it’s considered.

Please note, JmksportStore-USA utilizes affiliate ads from eBay, Amazon and other services. The site also uses Google AdSense. If you violet on and buy any product listed in posts, or on pages, JmksportStore-USA receives a commission. This however, does not affect my review of the products or articles. All reviews and commentary are based on my honest objective observations, research and data.