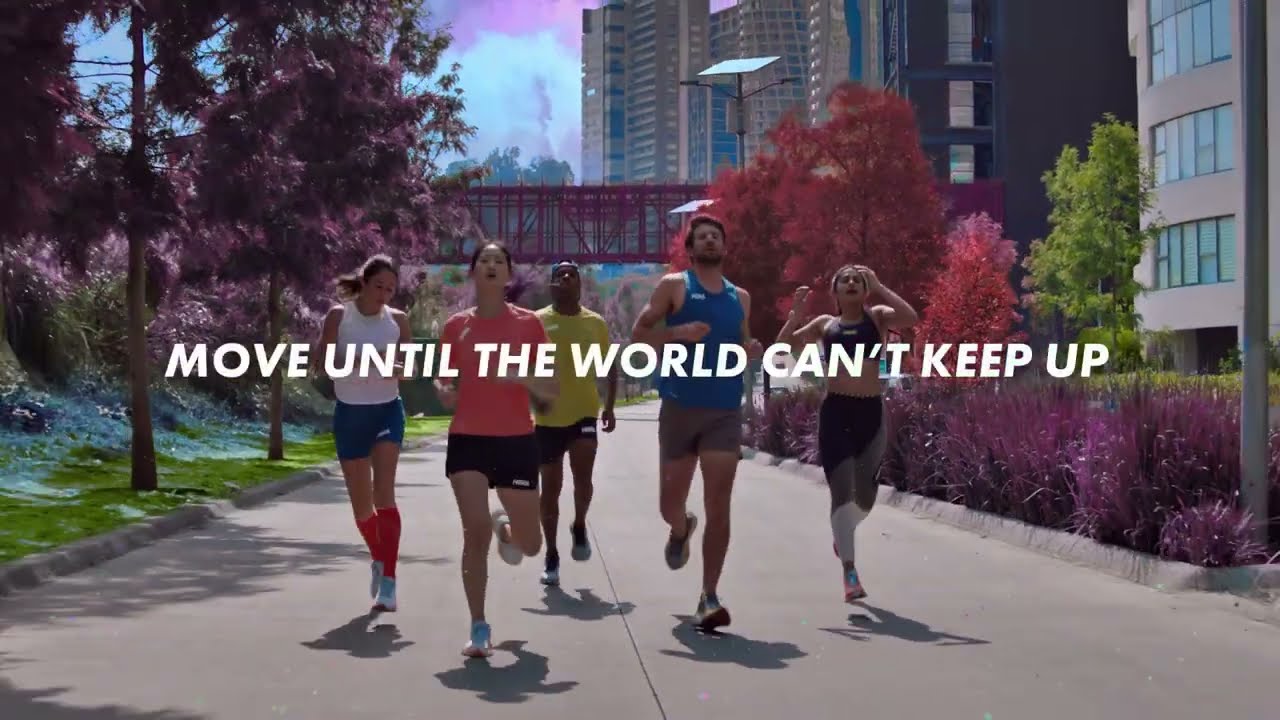 I wouldn’t really relate running to flying, but the saying when a runner is fast, “they’re flying,” is pretty common. Hoka takes the flight one step farther in what appears to be a whimsical marketing spot where athletes soar over cars and through parks trying to escape what looks like a cloud from Dr. Strange’s Multiverse of Madness. Give your run an ultralight upgrade in the new HOKA ONE ONE Mach 4. Flying works in Hoka’s latest campaign. The colorful ad can be analyzed in a lot of ways: runners attempt to outrun a constantly changing world, diversity, or the viewer can look at the challenge of running being offset by community. There is also the idea of a runner’s high which awaits those bold enough to run through the palette of the world. This idea is highlighted by an ascension into the light.

The allusions associated with the “Fly Human Fly” mantra immediately references the disco hit from Silver Convention “Fly Robin Fly”, but there is also the line from Al Pacino’s character in Scarface. Tony Montana uses the line as escapism, “Fly, Pelican Fly,” from a world about to collapse. Hoka isn’t looking at the thought of running away from change and the brand avoids being cliche in using Silver Convention’s song, instead opting for an upbeat version of “Feeling Good”. Like “Fly Robin Fly”, “Feeling Good” launches with a reference to “Birds Flying High.” When you consider that Hoka’s logo includes a bird, the short spot about inclusiveness for those joining in the run hits home. It’s a solid entry from a fast-growing brand remaining true to its running roots.

Please note, JmksportStore-USA utilizes affiliate ads from eBay, Amazon and different services. The site also uses Google AdSense. If you click on and buy any product listed in posts, or on pages, JmksportStore-USA receives a commission. This however, does not affect my review of the products or articles. All reviews and commentary are based on my honest objective observations, research and data.