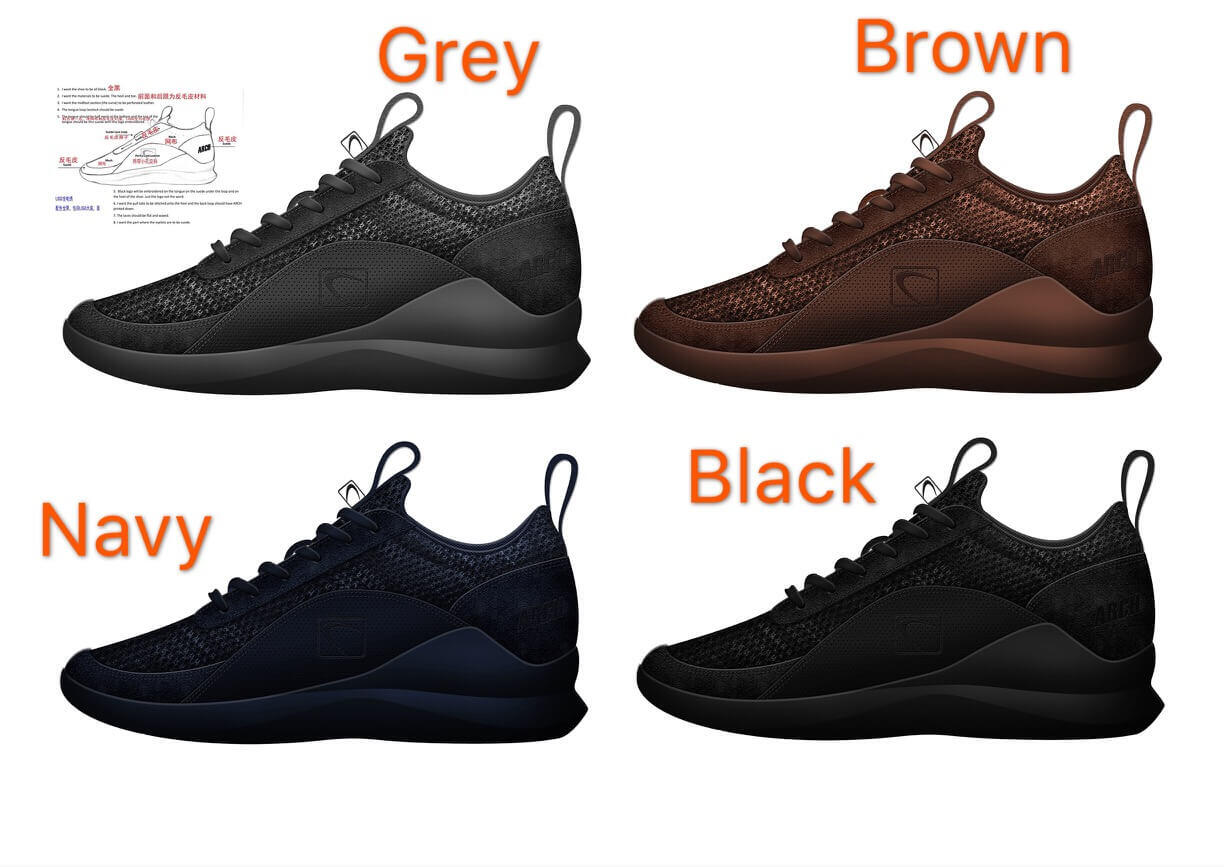 A few weeks ago I began looking at the development of another JmksportStore Sneaker. Three years ago in 2015 I made the last shoe from JmksportStore. The project was wrought with errors from the manufacturer. The last WAVE where Chinese size 41 to 46, Which placed the shoe at a size 8 to 12 on the outsole attached. The manufacturer labeled the shoes as US Size 8-13. The reality was that the shoes were size 7-12 and they ran extremely small. It was a confusing and frustrating process. I couldn’t wear the shoes myself. I had great pictures and the shoes garnered amazing feedback as I listed them as size 12 (runs small) on Amazon to distribute the shoes. The shoes read size 13 on the size 12 label but people basically had to size a half size down to order. I made the best of it, but at the same time as I was selling those shoes and running JmksportStore my wholesale business was being affected by the buyout of Okun’s Shoe Stores in Mississippi by Jimmy Jazz. As I was the liquidation and wholesale online department for the stores, I literally was wiped out of inventory which led to a drop of 700,000 per year to 200,000 per year in gross sales in 2016.

In 2015 I saw the resell market shifting and without the capital to adjust and the loss of inventory I had to rewrite the business plan. I worked with Tayib of Housakicks and we recreated the entire business as a media company delivering in depth analysis of sneaker culture and the sneaker industry. The business plan and direction was completed in October of 2016. At the time we were averaging right at 3000 visits per month. Today the sites are attracting over 400,000 visits per month and the information on the site has appeared in publications from NPR/APR Marketplace, Benzinga and Portland Business Journal. The sites are projected to hit a million visits by the end of 2017.

I wrote all of that to say that this growth has moved us to begin work on the private label footwear from JmksportStore. The current shoe design does not have a name. I made two initial drawings (sketched free any and then scanned in. The first design shown below in the first picture was going to be a knit and suede model. The problem is I’m making a small run of footwear. Due to this I can’t attempt to fuse suede to knit on an upper. The cost would be prohibitive for a small run. The reason is knit isn’t suited for multiple textures.  There can be TPU or moldings attached or you can reinforce the inside via suede for a stronger upper, but the only thing a knit shoe can have attached is taping or as Nike calls in HyperfWAVE overlays. The first shoe also had a chunkier outsole which I really screwed up when drawing  it so it would have been a bad design altogether.

After speaking with the manufacturer we decided that a knit shoe simply wasn’t in the cards with the way I wanted to design. I simply couldn’t add suede overlays to the knit. I went back to the drawing board with a new outsole design and I chose to go more traditional with a perforated leather medial and lateral, suede heel counter and suede toebox and mesh throughout the upper for breathability. The tongue will feature pull tabs and the eyelet strip will be suede. The shoe is a premium casual trainer. The logos will be embroidered on the medial perforated leather and the tongue. THe name will go across the heel counter embroidered. The shoes will all be monotone in the first few drops. What both designs have in common is that they both incorporated a lot of arcs into the design for obvious reasons. I think the second design came out much better.

I’m thinking of a name for the shoe. In the past JmksportStore Footwear has always been named after someone in tribute or my children. I had a shoe named the Allen, the Tori and my running shoes were CG after my point guard Courtney Graham who was murdered in San Diego. The one shoe that wasn’t named after someone was the TR-114 which is actually named after the first U.S. Navy Squadron I was in. This new design may take on the moniker JD after my shipmate who lost his life to PTSD. I’m not certain of what the shoe will be called. I will sit with Tayib and we will go through some names, but we are both excited about the growth and direction of the JmksportStore x Housakicks Network and we are excited about the new design. BTW… my daughter Tori (10 years old) helped me with the design of the shoes. The samples are being completed. I hope to update you soon on what’s happening. The last time I started this process in 2016 I stopped in the middle because financially I couldn’t do what I wanted. Now that I have a teammate this process is much, much easier to navigate.

Please note, JmksportStore-USA utilizes slide ads from eBay, Amazon and other services. The site also uses Google AdSense. If you click on and buy any product listed in posts, or on pages, JmksportStore-USA receives a commission. This however, does not affect my review of the products or articles. All reviews and commentary are based on my honest objective observations, research and data.