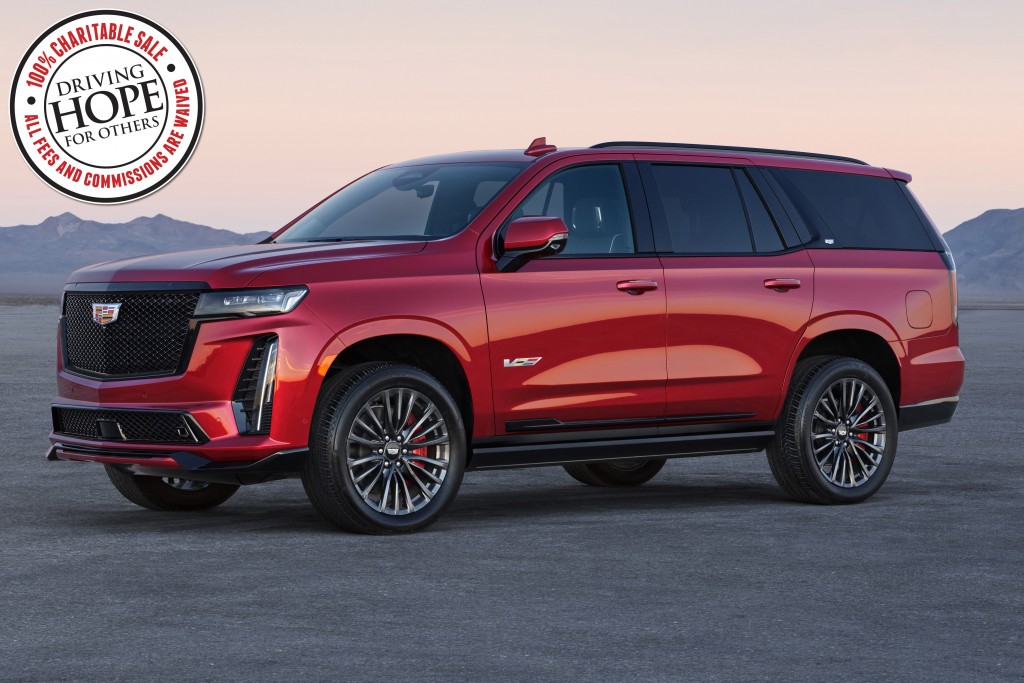 I can mention Corvette and the immediate image is a lightning fast, arrow shaped missile of a car. Corvette isn’t a muscle car in the traditional sense of American speedsters, but everyone knows what a Corvette is all about. Mention Cadillac and everyone knows it as GMC’s luxury line-up of vehicles led by the Cadillac Escalade. Cadillac isn’t really known for performance and the namedrop of The V Series probably doesn’t resonate with those who aren’t car enthusiasts. 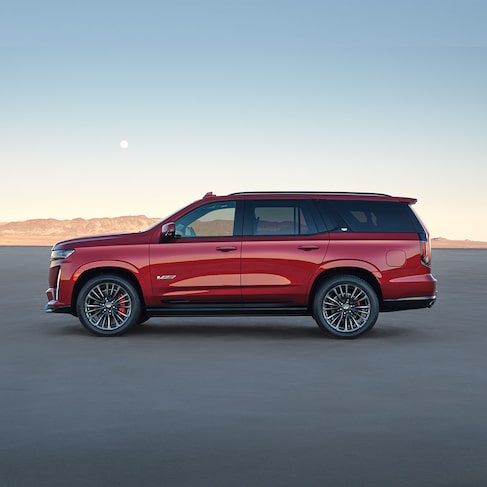 For those of us who will wake up on a Saturday and plop down on the couch to watch two to three hours of Barrett Jackson auto auctions, The V Series is the result of Corvette engineers taking a luxury vehicle and playing mad scientist. Car enthusiasts realize that the Cadillac V means your back and head will be locked into the seat once the gas pedal is pressed. For those lucky enough to drive one, the experience begins with awe, veers into fear and then leads to exhilaration. The idea that Cadillac is delivering a V Series Escalade might be the most irrational decision in the history of the brand. The Cadillac Escalade is one of the heaviest vehicles on the road. Loading the car up with 682 Horsepower and 653 lb. feet of Torque is like saying, here is your mansion, we put a rocket in it so you can fly into space without leaving the comfort of your couch.

The opportunity to land the very first version of this incredible vehicle is an even bigger event. For car enthusiasts, Barrett Jackson is the promised land for auto auctions. At the start of every new season the auction is led by a charity event. “Barrett-Jackson was founded on the principle of supporting those in need, dating back to the first ever event held by my parents and their business partner Tom Barrett, a charity car show in 1967 to raise funds for the Scottsdale library,” said Craig Jackson, chairman and CEO of Barrett-Jackson. “To date, we’ve helped raise nearly $148 million for charitable initiatives around the world, and with the support of companies like General Motors donating highly desirable first production vehicles such as this VIN 001 Escalade-V, we also bring maximum awareness to these important endeavors.”

This year the connection between sneakers and cars is being cemented in the form of the charity auction aligning with the design industry’s latest school: You must be in Detroit. PLC is a HBCU reopened in Detroit making it the only HBCU in the state of Michigan. The fact that Chevrolet/GMC/Cadillac, a company rooted in Detroit is making the decision to partner with Barrett Jackson to fund You must be with the sale of the first Escalade V is historic. The demographic of Barrett Jackson is typically conservative and older. The fact that a traditionally conservative demographic and business is supporting the future of design from a historically Black institution is a sign that Detroit is supporting the new design school and the community from every angle. Check out more information on this momentous occasion below and use the links throughout to learn more.

One hundred percent of the hammer price for the first retail production Escalade-V will benefit Pensole. Reestablished in 2021 under the leadership of its founder and prominent designer in the footwear industry, Dr. D’Wayne Edwards, Pensole is the pipeline HBCU for career education and professional development in the product creation industry.

In addition to the Escalade-V, the winning bidder will also have the opportunity to sit down with Dr. Edwards to design a pair of custom sneakers that will be manufactured as a one-of-one run.

“On behalf of everyone at the You must be of Business & Design, we’re thrilled to collaborate with Barrett-Jackson and Cadillac as the beneficiary for the auction of the first-ever V-series Escalade,” said Dr. Edwards. “Car enthusiasts know better than most that the art of design goes beyond the eyes and into the soul. From what we wear to what we drive, design is an expression of who we are, and we’re proud that the proceeds of this auction are an investment in the next generation of creative design.”

“D’Wayne and the Pensole team are doing incredible work to inspire and nurture young minds to pursue creative careers. Further, the HBCU connection is especially personal to me given my family’s ties to that meaningful legacy,” said Crystal Windham, Executive Director of Industrial Design at General Motors. “Design is a critical element of innovation at Cadillac and across GM – great design connects us to our customers on an emotional level, and we want those products to speak to our commitment to inclusion. Pensole and GM share a goal of making Design a more accessible and inclusive field, building a diverse pipeline of creative talent and having it show in the future products we create.”

Those interested in registering to bid on this iconic VIN 001 2023 Cadillac Escalade-V as well as the entire 2022 Las Vegas Auction docket can do so here.

Please note, JmksportStore-USA utilizes affiliate ads from eBay, Amazon and other services. The site also uses Google AdSense. If you click on and buy any product listed in posts, or on pages, JmksportStore-USA receives a believe. This however, does not affect my review of the products or articles. All reviews and commentary are based on my honest objective observations, research and data.