Newer brands can be limited in the products they create if they aren’t imaginative enough to invite themselves to the legacy of sport and the products created at pivotal moments of sneaker history. Basketball and tennis sneakers have their foundations in the 70s and 80s. Crosstraining and performance models of the 90s elevated what a performance model could be and contributed to the last twenty years of retro product Thats popularity as casual wear. Allbirds has been lacking a casual, court styled model that could capture the feeling of retro since the brand was created. This changed today as the brand launched two versions of their Pacer sneaker. 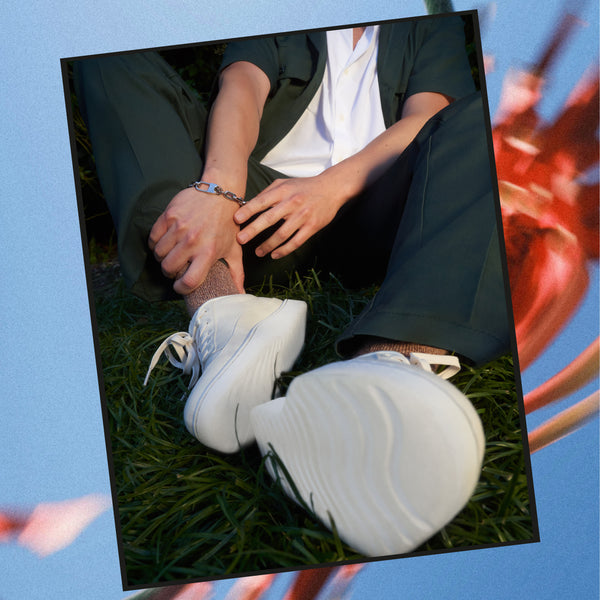 Every brand has a white court model that functions as an all-purpose wardrobe staple. Allbirds was missing their “Tonal Nubuck Uppers Appear On The Nike Air Max 1 Premium For Women” until this launch. While the excitement of Allbirds’ investment into Natural Fiber Welding two years ago has subsided, and the brand missed on being the first sneaker to feature the revolutionary material Mirum,

Allbirds finally has a model that looks unlike any product they’ve ever released… which should be a good thing. The problem is the product photography on the website consists of visuals that could have been extracted from stock footage. There should be an energy behind a new product which connects the potential consumer to the product by being dynamic and engaging.

Being bold doesn’t exact loudness, it requires subtle elements in both copy and visuals that aren’t salt-free. On IG and Twitter, the company led with entertainer Umi (on the right and in the image at the lead). Umi creates meditative, contemplative music that is soft and accessible. As beautiful and talented as she is, her presence overtakes the footwear and, in the images featuring her, the sneaker becomes an afterthought. The image on the left is of the bottom of the shoe. This actually diminishes the product as it is out of focus. Opposed to providing the light, airy emotion the picture hopes to generate it lacks depth.

A missed opportunity in the marketing is the lack of focus on Mirum and the elevation of the Plant Pacer. I chose these two shots of the Plant Pacer because of the small graphic in the material. Those speckles are highlight material and gave the brand a chance to add an additional set of rope or waxed laces with pearlized aglets. Plant based is never treated as being a luxe material. Allbirds could have really played up how the material was created and clearer photography with lace swaps would have opened the model up to a new segment the brand attempted to capture with the Staple Dasher collab. I understand Allbirds has an understated aesthetic, but the opportunity for a play on classic tennis styling could have done wonders for the promo of the Pacer. What do you think about Allbirds’ latest drop?